Students of the Lubbock Chamber of Commerce’s Young Entrepreneurs Academy pitched their businesses to local investors at the Scottish Rite Event Center Thursday night, leaving with much of the money needed to get their dreams going.

The 15 participants in this year’s YEA! group had just a few minutes to explain their business plans, target market, and financial needs to 10 local business people. The investors then deliberated for close to 30 minutes to decide how to allocate designated funds. No student left without some investment money.

Investors also selected one business to advance to the Young Entrepreneurs Academy Saunders Scholars Competition in Rochester, NY, where they will compete with students from across the U.S. for college scholarships. Kevin Michael Jewelry, owned by 14-year-old Southcrest Christian School student Kevin Bash, won the award.

Bash makes lightweight earrings using a 3-D printer. He said he made his first pair of earrings as a gift for his mom. When she got multiple compliments on them, he saw that it could be a bigger venture.

“I sold them at school, and it became a big hit,” Bash said.

Bash’s mom said she hopes to frame that first pair of earrings. Bash is now selling his earrings for $12 a pair. He said he plans to soon make other kinds of jewelry and sell his products both online and in local brick-and-mortar stores, like women’s boutiques.

Shoe Doctors was another business presented at the investment meeting. William Watson and Jarion Foster have created a business to clean and customize shoes, like sneakers, at a reasonable price. During their pitch, the two Estacado High School students showed off some of their services; Watson wore white, black and red shoes he customized himself, and Foster had one sparkly white sneaker and the other caked with mud.

The two students said the YEA! program has shown them what it takes to run a business, which Watson had been casually doing for a while.

“There’s a lot more to business than you think,” Watson said. “I’ve run a business before, doing the same thing, and I thought it was just about getting out there and getting money from it. But there’s so much that goes into it.”

“They don’t teach you all of this in business class,” Foster followed.

Dan Baze, a local American National insurance provider, has mentored the Shoe Doctors throughout the YEA! process. He said he was proud of how far the two young men have come.

“These guys are both driven,” Baze said. “Watson is the creative, Foster is more the business finance guy. They’re a great team. They have a viable product.”

John Osborne, president and CEO of co-presenter Lubbock Economic Development Alliance, served on the investment panel. He said he was impressed with each of the business pitches he heard, and that Lubbock has a bright business future with these young people involved.

“Lubbock is built on an entrepreneur spirit,” Osborne said. “Here, we’re training them at a young age about how an entrepreneur should be thinking. This is developing a culture. We’re excited to be a part of this and we’re proud of these kids.”

YEA! will host a trade show for their products and services at the South Plains Mall in May.

Be An Angel Get Funded
Contact Us   |   1.800.4455
Inquire
about getting your project funded
Submissions for funding must apply for pre-screening. Funding applications submitted via this contact page will not be accepted and immediately deleted. 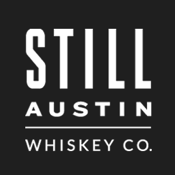 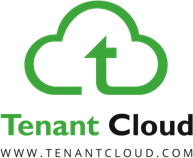